I figured it was time to put up some more substantial knitting content than just a pile of yarn with about an inch of completed knitting;).  Now, I can finally show off my Christmas knits! 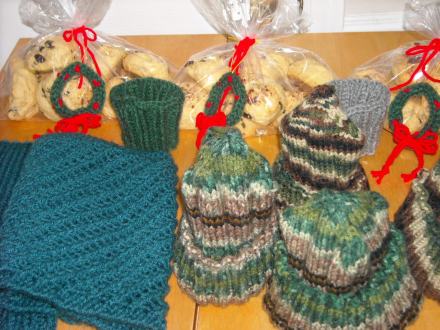 Here’s a listing of what you see above:

Here are some closer views: 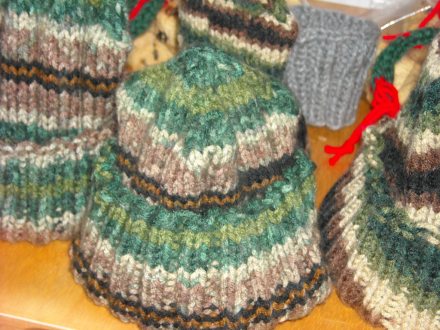 The hats would probably be a little better with larger needles and made for an adult, because the decreases kind of stick out, but I like the way they turned out.  I used Hobby Lobby’s I Love This Yarn brand, and it striped up nicely and was a very soft knit.  My little cousin, JT, loved his…he wouldn’t take it off! 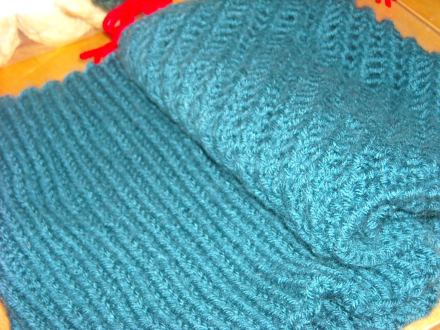 The lace cowl was pretty tough at first; it was my first try at lacework, and once I got three or four inches into it and I could see the way it looked, I really liked it.  The ribbed one was really easy, of course.  I didn’t want to make the exact same thing for both grandmas, though, so I decided to switch it up! 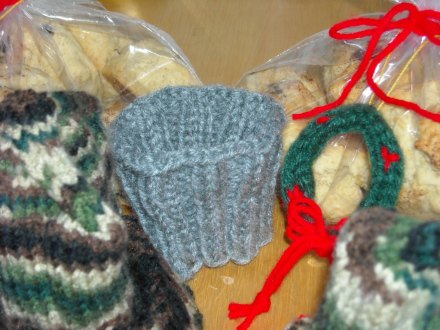 The clutches were sooo simple…I just made up my own pattern; they are done in 2×2 ribbing with size 8 dpns.  I just cast on 24 and worked until I thought they were wide enough.  My mom has already vouched that they work well, so I feel like they were pretty successful, even though they weren’t as pretty as I thought my parents deserved.

The scones were fabulous…I made a teeeeny tiny one along with the full two dozen, just to make sure that the flavor/consistency were okay and they were really good.   I hope my family likes them.  The wreaths?  Just 5 stitch I-cord, knit until it would make the size of wreath that I wanted and then sewn together.  I decided to use the red yarn to make holly berries and to do the ribbon.  They were really easy and turned out super-cute (if I do say so myself:)).

My knitting goal for this year, for sure, is to learn how to do colorwork.  I’m so tired of either having to make everything one color ro rely on verigated yarn to stripe into something cool.  I do love the self-striping stuff, but I want to learn how to do fair isle stuff…the incredible patterns.  So, we’ll see how quickly I get that one, but my goal is definitely to make sure that the items that I gift next Christmas have colorwork in them!

Shelli is piled up next to the fire… 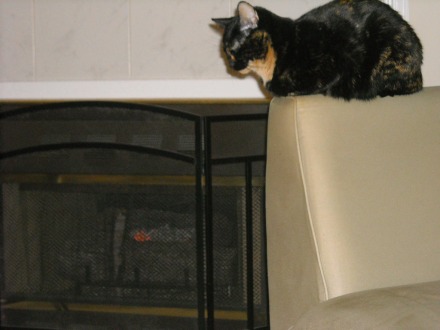