It’s been an intensely introspective last couple of weeks with all of the challenges our family and friends have been facing, much of which has turned the upcoming year into one with more uncertainties than we’d ever hoped for. Nonetheless, it’s imprudent to face a new year without some sort of plan for things you want to achieve. In light of that, here are seventeen things I’d like to work toward this year (subject to change, of course, were I to actually get pregnant):

Some of these will (hopefully) have to be put off until 2018, and if that happens, I will be unbelievably thrilled (and I’ll have a whole new set of goals). I also know they’re a bit nebulous and vague.  What can I say…there’s less chance of missing the mark entirely when the target is so big.

In other news, two years ago (2015), one of my resolutions was to stop biting my nails. Two years later, I think I can say I’ve officially conquered that bad habit.

I know, my cuticles need some work.  Small victories.

We brought 2015 in among great company last night; our “Shenanigans” crew gathered for snacks and games and I got to watch the ball drop with some of the people I love best (now, if we could have figured out how to get Shannon/James/Levi and John into the mix, it would have been perfect!). 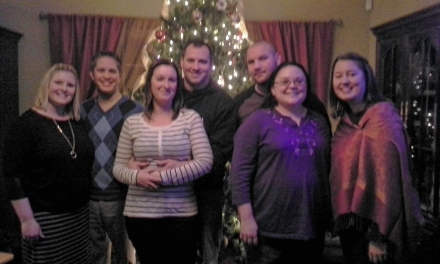 We came home around 2 and hung out with Indy for a while before hitting the sack.

This morning, we’re enjoying copious amounts of coffee (and someone’s enjoying a giant beef knuckle courtesy of Grandma and Grandpa) before venturing out into the world to have an adventure (which, honestly, will probably just consist of Petsmart and maybe Target).

I’ve been thinking about my 2015 goals for the past couple of weeks.  I’ve got three larger goals, and then a few smaller ones:

I’m planning for the blog to take the direction of sharing my decluttering/frugality/weight loss journey.  I’m sure it’ll be a little embarrassing here and there, but I’m hoping that seeing someone else’s struggles might help you feel like you can make changes too.  I’m the laziest person I know, and if I can do this, I know you can.

I hope today brings you relaxation and a bit of fun.  Time for more coffee here!

The Timehop app tells me that 2009 is the last year I considered to be a “good year.”  I don’t really know what to think about 2014…there are parts of it that were just fantastic, but lots of it that I’d rather never happened (or at least that I could forget).

In January, one of my very best friends had a baby boy.  He is precious and perfect in every way, and I’ve never been so proud of Shannon as I was when I saw her in the hospital. 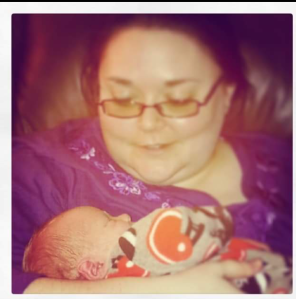 February brought a few snow days, and I made sure that Shelli shared in the experience!

In March, Joey and I went on a road trip and visited Norfolk, VA, Williamsbirg, VA, Baltimore, MD, and Luray, VA.

At the end of March, I went to the beach with my best friends for a girls’ weekend and we had a ball (even though the weather was crappy).

In April, Joey and I went to the mountains with our friend John.  I played a board game that I didn’t understand, saw both Captain America movies, and bought a harmonica, but most importantly, I spent four days stress-free and in excellent company.

In May, I got serious about my health and lost 20 pounds!  Also, we added a (four-legged) family member, Indy!

In June, I got to see 25 inmates at the Union County Jail get baptized; it was so moving that I began to feel called to prison ministry.  We’ll see how that goes next year.

July, as always, was the month of many birthdays, and we spent August trying to stay out of the heat.

September was mostly bitter.  The Purple Stride 5K for Pancreatic Cancer was a bright spot; some of my best friends came out to run and walk it with me.  I finished with a PR (albeit a super slow one).

However, about mid-way through the month, we lost someone very special.  Dave Berry, who was like a second father to Joey, was diagnosed with liver cancer and passed away two weeks later. 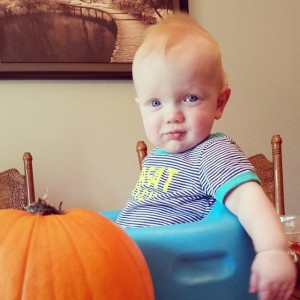 November is, hands down, my favorite month of the year.  This year, Joey and I celebrated 13 years together and 12 years married.  We did our annual “riffing” of the Macy’s Thanksgiving Day Parade, and had Thanksgiving with all of our family (both “blood” family and “adopted” family).

And now, December has drawn to a close. I don’t like December, to be honest.  It’s too stressful; this year, we did three weeks of Christmas performances at church.  I got sick and then Joey followed suit.  Work was crazy and demanding, and I felt like I was failing on all life fronts.

I was reminded, however, of the reason we celebrate Christmas last Thursday when we spent Christmas morning with some inmates at the jail.  I sang for them and Joey did a little devotional, and one of the inmates gave me this rose.  It’s made of TP, and it’ll always serve as a reminder to me that NO one should feel “thrown away.”  Everyone matters.

I’ll be back to post about my goals for 2015.  Blogging consistently is one of them:).  Until then, Happy New Year’s.

Shelli’s been getting caught on EVERYTHING lately, and it freaks her out when she can’t get her claws free.  Honestly, I’ve been pretty lax in the “claw clipping” department because I’m terrified of upsetting her and having her pee on something because she’s stressed.  However, I can’t sit by and let her hurt herself and tear up the furniture simultaneously, so it was time for the dreaded “claw clipping.”

We use regular nail clippers; they work just as well, if not better, than the special ones that you pay a lot for at the pet store.  The problem?  Shelli HATES it.  She did okay for a long time…until Joey clipped them one day and quickked her.  She bled and bled and bled, and he had to use a styptic pencil to stop the bleeding (which probably burned her too).  Now, she knows psychically when you’re thinking of trimming her nails and starts this cat-and-mouse game of running away just as you get near.  I have to confess, we broke out the laser pointer to lure her.  Cruel, I know.

So, I clipped her front and back claws (I do the back half as often because she doesn’t use them as much and she hates to have them touched more than the fronts).  She was PISSED….she kept squirming and contorting into strange, amoeba-like shapes that are not possible in any human or animal realm that I’m aware of.  I find myself making funny noises as I’m clipping them so she’ll get distracted or not think it’s so bad, and I kiss her on the head after each nail.  By the time we were through, she was off my lap like a light!  Joey played with her with the laser pointer a little to make her feel better.

This is going to be a pretty laid-back New Year’s Eve for us at work, and I’m really grateful for that.  Our fiscal year ends tomorrow, and we’re actually pretty far over our goal, so everyone is really happy about what we’ve accomplished and what we’ll be able to do in the new year.  Usually we’re scrambling and trying to work into the night to get as much done as we can before midnight:).

I’m looking forward to a quiet New Year; this year, it’ll be me, Joey, and Shannon, having dinner and chatting, maybe playing a game, and then watching the ball drop.

What a boring post…I’ll try to have something better tomorrow!