So, rather than doing an uber-long post about the camping trip, I’ll post some photos and then do a little list-style synopsis at the end… 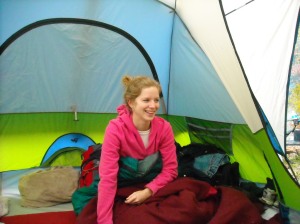 Shannon in the tent, very shortly after we got it set up. 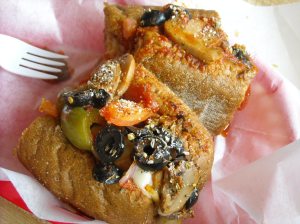 A Veggie Parmesan sub from the Smoky Mountain Sub Shop. We stopped there while we were enjoying Waynesville’s Apple Festival. 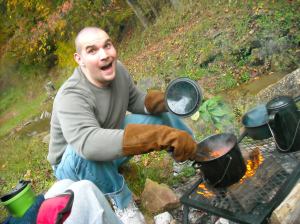 Joey, making a stilly face while cooking chili and keeping an eye on our coffee…

Shannon, warming by the fire at breakfast Sunday morning

That’s all I can think of for now. It was a good weekend. Even with the freezing temps and sleet, I wish I was still there.